The Old Church Tower (aka the Sunken Church)

There has been a church on the site since at least the 13th century with the tower itself having window styles typical of the 13th and 14th centuries. The towers bell frame dates from 1600.

The Conservation Society is  involved in the care and upkeep of the tower as part of the Friends of Bramcote Old Church Tower group. 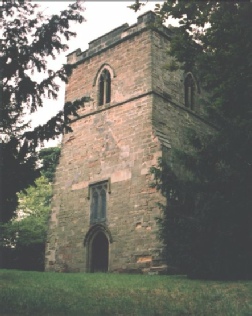